Ghosts of Girlfriends Past take a young man through his romantic history in the Asheboro Public Library’s Movie Monday at 2 p.m. February 8.

Girlfriends past, present and future haunt Connor, played by Matthew McConaughey, to help him come to a realization about his ways with women. Jennifer Garner and Emma Stone also star in the comedy.

The movie is free and the public is invited; refreshments will be served. Find our more here, or call 318-6801.
Posted by Ross at 8:20 AM No comments: 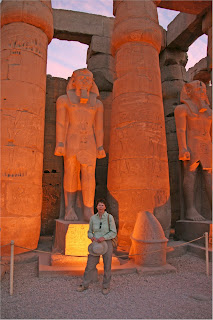 Helping people by helping their working animals was the focus of Janet and David Jones’s recent trip to Egypt. But the pair also had the opportunity to visit the country’s monuments and engineering feats, from the Sphinx to the Aswan High Dam.

“A Journey through Egypt” will be the topic of a travelogue featuring photographs and commentary by Janet Jones at 7 p.m. Thursday, January 28, at the Asheboro library. The program, sponsored by the Friends of the Library, is free and the public is invited.

David Jones, director of the North Carolina Zoological Park, has been associated for many years with the Brooke Hospital for Animals. The charity sees to the health of working equines — mostly donkeys and horses — thereby helping some of the neediest people in the world.

The hospital’s 75th anniversary in the land where it was founded was the purpose of the visit.

“We had a fascinating trip, using the mornings to visit local clinics and go out with the mobile clinics to the villages, to treat donkeys and some horses, and then visiting ancient monuments and temples in the afternoons,” Janet Jones says.
Posted by Ross at 8:34 AM No comments: 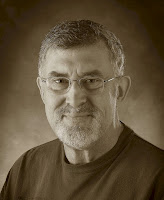 Award-winning photographer Rick Smith will show images from his new book, Vanishing Icons, at a Friends of the Library program, 7 p.m. Thursday, January 14, at the Asheboro Public Library.
Vanishing Icons, published by Lonesome Oaks Press, features images captured over 30 years depicting weathered barns, farm houses, farm equipment and other “icons” of the rural countryside. Smith says the photographs, taken throughout 17 states and three countries, are silent witness to a fading rural landscape.
Smith will sell and sign copies of his book after his presentation.
Michigan native Smith attended Brooks Institute of Photography and honed his skill working in one of the largest photography studios in Detroit. After moving to North Carolina in the early 1970s, he operated a commercial advertising studio for over 25 years.
He has lectured at the Rochester Institute of Technology and is a regular lecturer, workshop leader and contributor in the Randolph Community College photography program. He has won numerous national and international awards for his photography, and is included in the permanent collection at the George Eastman House in Rochester, New York.
Preview his work here.
Posted by Ross at 8:52 AM No comments: