Be a super hero – and make your own costume at library

Ever wanted to be a Super Hero? Get a start as the Asheboro library Children’s Room provides you with the makings of the first thing you need — a costume!

Come to “Be a Super Hero!” at 3 p.m. Thursday, May 2 to make your own cape and mask. All materials will be provided, and librarians will be wearing their own super hero get-ups.

It’s free; all children are invited, but space is limited. Call the Children’s Room at 318-6804 to sign up. It’s Sponsored by the Friends of the Library.

The library is located at 201 Worth Street in Asheboro.
Posted by Ross at 7:52 AM No comments:

Don your best tea party attire and come to “Tea for Two,” a mother-daughter tea party at 3 p.m., Friday, May 3, at the Asheboro library.

The tea party is free, but space is limited. Call the Children’s Room at 318-6804 to sign up. It’s sponsored by the Friends of the Library.

The library is located at 201 Worth Street in Asheboro.
Posted by Ross at 7:51 AM No comments:

Author Jeffery Deaver to keynote Friends of the Library event 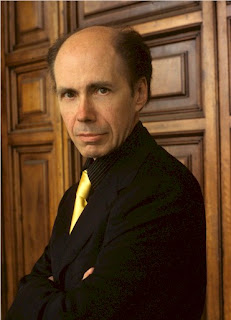 Acclaimed author Jeffery Deaver will keynote the Friends of the Randolph Public Library annual meeting at 7 p.m. Thursday, May 2, at the Historic Randolph County Courthouse.

The event is free and the public is invited. It’s sponsored by the Friends with funds donated in memory of Mary Parker, a lifelong library patron and avid  reader.
Reserved seating will be available for Friends of the Library members, who are asked to arrive by 6:50 p.m.
Deaver already was a best-selling novelist when he was selected by the Ian Fleming family to pen the new James Bond novel Carte Blanche, which became a number one international best seller on its release in 2011.
He also writes the Lincoln Rhyme series of thrillers, which began with The Bone Collector in 1997 and continues in June with The Kill Room. The Bone Collector received numerous awards and was made into a major motion picture starring Denzel Washington and Angelina Jolie.
In the Lincoln Rhyme novel Cold Moon, Deaver introduced state investigator Kathryn Dance, who anchors a new series. The latest is XO, published in 2012.
He also has authored previous series and stand-alone novels, as well as short stories and non-fiction works. His books are sold in 150 countries and have been translated into 25 languages.
Deaver is a former journalist, folksinger and attorney. To accompany thriller XO, he wrote an album of country-western songs which is available on iTunes and as a CD.
He has received the Novel of the Year award from the International Thriller Writers Association, and the Steel Dagger and Short Story Dagger awards from the British Crime Writers Association. He’s also a recipient of the Nero Wolfe Award and a three-time winner of the Ellery Queen Readers Award for Best Short Story of the Year.
Born near Chicago, he has a bachelors degree in journalism from the University of Missouri and a law degree from Fordham University. He resides in Chapel Hill.
The Historic Randolph County Courthouse is located at 145 Worth Street in Asheboro. The event, which will take place in the second floor meeting room, is not sponsored by Randolph County Government.
Posted by Ross at 5:14 AM No comments:

Bees, herbs, chickens and worms all will be part of “Green Living at the Library,” a series programs thru June at the Asheboro Public Library.

Sponsored by the library and Randolph County Cooperative Extension, the programs are free and the public is invited. Slated:

Earth Day at the library to feature The Lorax, other activities

A round-robin of events for children will usher in Earth Day at the Asheboro Public Library from 3-5 p.m. Monday, April 22.

The event, sponsored by the Friends of the Library, is free. Children and their families are invited.

Readings of Dr. Seuss’s The Lorax will take place every 30 minutes. Meanwhile, children are invited to bring recyclables and upcycle them into crafts in “Wait, Don’t Toss That!”

At a third station, kids can make the library greener by planting flowers in the library’s outside planters.

“UFOs – What Do We Know?” to land at Archdale library 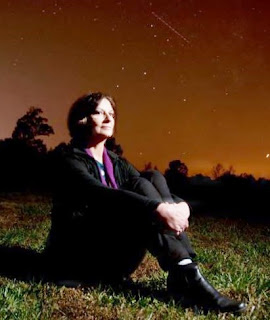 The Archdale Public Library will host Lakita Adams, state director for the NC Chapter of the Mutual UFO Network (MUFON), for a talk entitled “UFOs – What Do We Know” at 7 p.m. Friday April 12.

The lecture will include a brief history of Ufology, UFO photos and some North Carolina UFO cases.  Information for UFO education and MUFON also will be available.

Adams's interest in the UFO subject began when she was nine years old, and witnessed a large fireball with her parents.  In high school, she wrote her first research paper on the subject of UFOs, and for the last 12 years has studied the subject. In 2011, she became a MUFON Field Investigator in North Carolina, and has investigated about 100 cases here in the state.

She has a BA in English from UNC-G, and has taught in the Randolph County Schools, Randolph Community College and the NC Zoo, where she was an environmental educator for several years.

MUFON, established in 1969, is an international scientific research organization that investigates sightings of unidentified flying objects, collects data, and educates the public about UFOs. MUFON receives about 500 sighting reports every month.

North Carolina receives about 17 reports a month, and is one of the top reporting states.  Most reported UFOs can be identified as conventional aircraft, celestial objects, satellites, and natural phenomena.

However, about five percent of reports remain unknown, and sometimes include physical traces, radar confirmation and flight technology that defies known physics.

UFO sightings can be reported to the International MUFON website at: www.mufon.com. For North Carolina MUFON info, visit the state website at:  www.mufon-nc.com
Posted by Ross at 1:28 PM No comments: