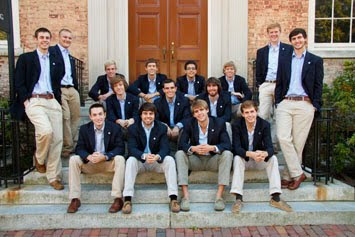 The UNC Clef Hangers a cappella ensemble will perform as the Asheboro Public Library celebrates its 75th anniversary at 7 p.m. Saturday, January 8, at the Sunset Theatre.

The concert, sponsored by the Asheboro Public Library Foundation, is free and the public is invited. The theatre is located at 234 Sunset Ave.

Founded in 1977, the Clef Hangers first performed in the Pit in April, 1978. Since then, “the Clefs” have released 23 professionally-produced studio albums and have toured worldwide. During a tour in New York, the group performed for the nation on Good Morning America.

The concert kicks off the Asheboro Public Library’s 75th anniversary year. The library opened its doors on February 10, 1936, in two rooms above the Standard Drug Store in downtown Asheboro.

The idea for the library originated with a local bridge club in 1935. The group organized itself as the Randolph Library Club, and since has become the Asheboro Public Library Foundation.

The Foundation manages donations and bequests for improvement of the Asheboro library. As recipient of a bequest from Louise Swaim, longtime local music teacher, the Foundation over many years has provided music-related material and performances for the community through the library.

"Deck the Halls with Lane and Friends", Thursday December 16 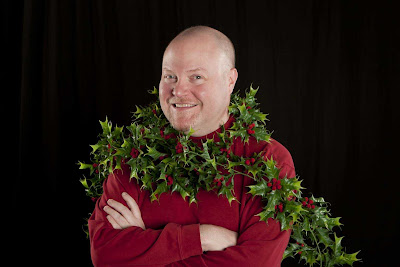 A group of talented performers will join vocalist Lane Ragsdale as he brings his very popular Christmas cabaret back to the Asheboro Public Library at 7 p.m. Thursday, December16.

“Deck the Halls with Lane and Friends: A Christmas Cabaret” is sponsored by the Friends of the Library. It is free and the public is invited.

Broach is a frequent actress in Greensboro Community theatre productions. Jackson, a UNC-Charlotte student, starred in the RSVP production of .

Osteen is a senior acting major at UNC-School of the Arts. Peddycord starred in Les Miserables at and has just returned from .

Alan Pugh is a frequent musical star for RSVP. Wicker is a sophomore at UNC-Greensboro studying education and music.

Liles will sing as well as accompany, and Robert Dove, a UNCG student, will play saxophone.

The group will perform seasonal tunes together and individually, and as always, the show will include Lane’s unique blend of reminiscences and stories. He also promises some new twists and turns.

"Personally, I am more excited about this show than ever before," Ragsdale says.