ASHEBORO – “Stand Tall” and celebrate the hero in us all with Steve Somers, a.k.a The Amazing Teacher, as the Randolph County Public Library summer reading initiative, “Every Hero Has a Story,” rolls into July.

Somers, a veteran educator and children’s entertainer, will visit all seven libraries to teach young readers good character traits and engage them in  the excitement and joy of reading with amazing tricks, puppets, audience participation and humor.

He will appear at the libraries as follows:
Meanwhile, there will be more stories and more heroes at all libraries throughout the month with weekly storytimes, performances and other activities. Highlights include Zelnik the Amazing Magic Man and “Snake Man” Ron Comer at the Randleman library; a Creekside Park Parade at the Archdale library in which kids are invited to decorate their trikes and wagons; a chance to “Be a Hero in Your Community” at the Asheboro library; a visit with Susie, the American Humane Society’s Top Hero Dog award winner at the Seagrove library; a super hero mask-making contest at Ramseur; a visit with fire fighters at Franklinville; a Super Hero Summer Reading Party Liberty; and much more.

Teens and ‘tweens can look forward to the 7th Annual Lego Mania competition on Friday, July 31 among the events at the Asheboro library, and join in weekly Hands-on Science activities at Randleman.

Adults (and all Andy Griffith Show fans) will want to hear “How Andy Met Opie’s Mom” with Mayberry expert Dr. Gary Freeze at the Randleman library, and join in other weekly events there as well.

Full schedules and details are available at your local library and at www.randolphlibrary.org/summer.

The Summer Reading Program is sponsored by Friends of the Randolph County Public Library with support from the North Carolina Arts Council, a division of the Department of Cultural Resources, with funding from the National Endowment for the Arts. It’s part of a national effort to keep children reading during the break from school; research shows that kids who read during the summer do better in school the next year.
Posted by Ross at 11:44 AM No comments:

ASHEBORO – Two award-winning writers with local ties will share their work during a reading at 6:30 p.m. Thursday, June 11, in the Sara Smith Self Gallery of the Randolph Arts Guild in Asheboro.

Stephanie Powell Watts and Marjorie Hudson, who were recognized in the PEN/Hemingway First Fiction Awards in 2012, will perform a joint reading entitled “Southern Neighbors/Different Worlds.” They employ a call and response format that reveals the connections between the shifting and separate worlds of the contemporary South – rural and small town places, New South and old South cultures, Black families and Northern retirees, religion and family life.

Their appearance, sponsored by the Friends of the Library and the Randolph Arts Guild, is free and the public is invited. A reception will precede the reading.

Watts was a PEN/Hemingway finalist for her short story collection We Are Only Talking About What We Need. She writes about African American families under stress, religious conversion and young black women in Randolph County, Raleigh and Hickory.

The two writers met at a reception for PEN/Hemingway honorees and discovered their North Carolina connections.

The Randolph Arts Guild is located at 123 Sunset Avenue in Asheboro. For more information about the event, call 318-6803.
Posted by Ross at 6:28 AM No comments:

ASHEBORO – Join the Friends of the Randolph County Public Library for a tasty talk with food and travel writer John Batchelor at 6 p.m. Monday, June 15, at the Asheboro Public Library.

His appearance is free and the public is invited.

Batchelor will discuss his latest book, Chefs of the Coast: Restaurants and Recipes from the from the North Carolina Coast, and sign copies.

He’s also author of a companion book, Chefs of the Mountains: Restaurants and Recipes from Western North Carolina.

Once known as the Gate City Gourmet in his longtime role as food critic for The Greensboro Record and the News & Record, Batchelor now writes travel articles and leads tour groups focusing on dining, historic sites and art galleries. He blogs at johnbatchelordiningandtravel.blogspot.com.

The event is part of “Escape the Ordinary,” the library’s adult Summer Reading Program. For more information about summer events at the library for adults, teens and children, visit www.randolphlibrary.org/summer.
Posted by Ross at 12:46 PM No comments: 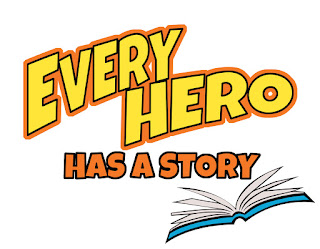 ASHEBORO – “Every Hero Has a Story” – and you can learn about them this summer as the Randolph County Public Library’s 2015 Summer Reading Program gets underway with appearances by storyteller Kali Ferguson at all seven libraries, and 164 more storytimes, performances, hands-on activities, movies, author appearances and more for children, teens and adults.

The reading initiative runs from June 15-July 31 at the Archdale, Asheboro,  Franklinville, Liberty, Ramseur and Seagrove libraries (the Randleman library got a jump and began its program in May).

During the summer, children can sign up to track and report minutes read in return for reading rewards. Last year, 2,507 local children reported reading for a total of 912,688 minutes.

Teens and adults can get in on the act too, and keep track of their summer reading for chances to win prizes such as Kindle Fire HD tablets and gift cards from booksellers.

Schedules and complete details can be found at www.randolphlibrary.org/summer and at your local library.

In July, Steve Somers, a.k.a. The Amazing Teacher, will engage young readers with magic, puppets, audience participation and humor in a performance entitled “Stand Tall: Celebrating the Hero in Us All.” In between, all the libraries will offer a range of weekly storytimes, performances and other activities, from a Superhero Training Camp to Fish the Magish and “The Snake Man.”

The Summer Reading Program is sponsored by Friends of the Randolph County Public Library with support from the North Carolina Arts Council, a division of the Department of Cultural Resources, with funding from the National Endowment for the Arts. It’s part of a national effort to keep children reading during the break from school; research shows that kids who read during the summer do better in school the next year.
Posted by Ross at 6:37 AM No comments: