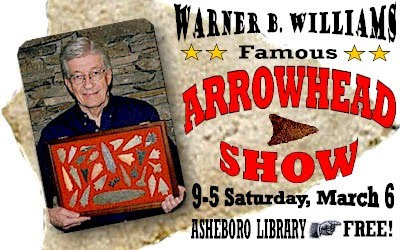 Warner B. Williams’s extraordinary Indian arrowhead show will return to the Asheboro Public Library, 9 a.m.-5 p.m. Saturday, March 6.
The show is free and the public is invited. The library is located at 201 Worth Street in Asheboro.
Williams, an Asheboro resident, amassed the collection over 62 years. It is comprised of arrowheads and similar artifacts found mostly in the Randolph County area.
The Overstreet Indian Arrowheads Identification and Price Guide uses as exemplars 182 arrowheads from the collection, which is considered to be one of the best on the east coast.
Williams, a member of Who’s Who in America in Indian Relics, estimates that more than 8,500 people have attended his library show over the past 13 years. Williams will be on hand to answer questions and talk with attendees for the entirety of the show.
For further information, contact the library at 318-6801.
Posted by Ross at 5:53 AM No comments:

How much can parents ask of a younger sister whose older sibling has leukemia? That question is at the heart of My Sister’s Keeper, the Asheboro Public Library’s Movie Monday at 2 p.m. February 22.

After their daughter is stricken with leukemia, a couple conceives another child who can provide a donor match. The family is torn apart when, after countless surgeries, transfusions and shots so that her older sister can fight the disease, the healthy younger sibling sues her parents for the right to decide how her body is used.

Based on the novel by Jodi Picoult, the film stars Cameron Diaz, Alec Baldwin and Abigail Breslin.

The movie is free and the public is invited; refreshments will be served. Find our more here, or call 318-6801.
Posted by Ross at 9:16 AM No comments: 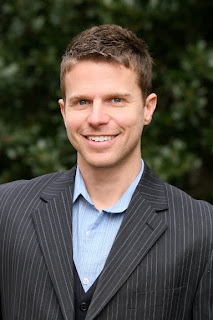 What was it like?
That often-asked question moved Asheboro native Eric J. Cox to return to journals he kept while serving as a U.S. Marine in Iraq in 2003, and shape them into Cpl Cox, a memoir about his experiences.
Cox will talk about his book and his time in Iraq at a Friends of the Library program, 7 p.m. Thursday, February 18, at the Asheboro Public Library. The program is free and the public is invited.
The son of Jimmie and Cynthia Cox of Asheboro, Cox enlisted in the Marines after high school, and ultimately served four months in Iraq.
While Cpl Cox details Cox’s experiences in the Marine Corps and in the war, it also depicts his personal struggle to come to terms with where he was and with family and friends he left behind, especially his girlfriend, whom he met shortly before deploying. It also sheds light on the challenges faced by members of the U.S. Armed Services worldwide, and their loved ones.
Now a Realtor in Charlotte, Cox also has opened his own publishing company and has begun work on a second memoir focusing on his difficult readjustment after returning home.
Posted by Ross at 9:35 AM No comments: