Movie Monday to feature The Blind Side 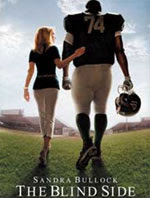 Sandra Bullock’s Academy Award-winning performance distinguishes The Blind Side, the Asheboro Public Library’s Movie Monday at 2 p.m., May 10.
The film is the remarkable true story of Michael Oher, a homeless African-American youngster from a broken home, taken in by wealthy white family who helped him fulfill his potential as a person and as an athlete. He worked hard on the field and in the classroom and became an All-American in college and was picked in the first round of the 2009 NFL Draft, changing his life and the lives of the loving family who were there to watch him succeed.
The movie is free and the public is invited; refreshments will be served. Find our more here, or call 318-6801.
Posted by Ross at 7:02 AM No comments: 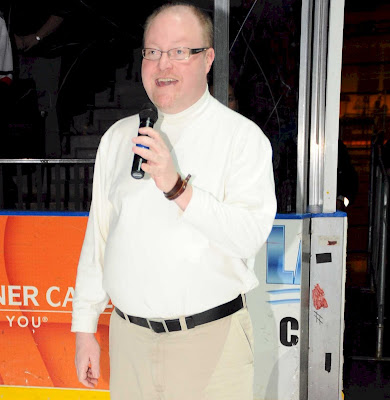 In a twist on his popular cabaret shows for the Friends of the Library, Lane Ragsdale will honor the Friends with a brand new show called “Hits and Misters: An Evening With Lane Ragsdale and Tom Liles” at 7 p.m. Thursday, May 6, at the Asheboro library.

The two-man show will focus on stories from Lane’s travels to ; in 2010; and his love for jazz, of which Tom is a master. With these stories woven among songs like “St. Louis Blues, “ “Summertime, “ “Laura” and “After You’ve Gone,” the show is a departure from past shows that have included multiple cast members and varied genres of music.

“We are in tough economic times and this show offers a threefold opportunity,” says Ragsdale. “It will be a vivid and relaxing escape into the world of jazz and blues with some funny and poignant stories for the audience. For me, it will be an opportunity to honor the Friends of the Library, Arlene Smith and Ross Holt for their loving support over the past five years, and an opportunity to work with the brilliant Tom Liles on the style of music he has mastered, not merely at UNC-Greensboro but in travels and performances all over the world. I’m excited!” 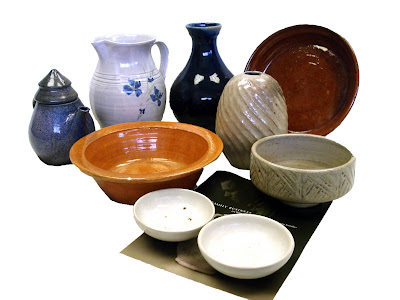 The silent auction will feature nine Owen/Owens family pottery pieces dating from the 1920s to the 2000s. Proceeds will benefit the Friends of the Library.

For information about how to bid, go here or call the Asheboro library at 318-6801. The pottery can be viewed at the library.

Memory was a longtime librarian at UNC-Greensboro and author of A History of the Randolph Public Library, 1935-1967. Following her death, colleague and good friend Stanley Hicks, now of Enid, OK, established the auction by donating two pieces of Jugtown pottery.

This year, Stanley arranged for Earl Senger and his wife Frances Freeman Senger (formerly of Asheboro) to donate the pottery to be auctioned. The Sengers are premier pottery collectors in the Southeast.
Posted by Ross at 10:29 AM No comments: 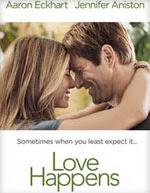 Love Happens at 2 p.m. April 26 at the Asheboro library – the cinematic kind, anyway, on Movie Monday.

The film stars Aaron Eckhart as author Burke Ryan, whose book about coping with loss becomes a best-seller and turns him into a self-help guru. While headlining a grief seminar in Seattle during his national tour, he encounters a charming hotel florist, Eloise, played by Jennifer Anniston, and learns some unexpected lessons about rediscovering love and happiness.

The movie is free and the public is invited; refreshments will be served. Find our more at here, or call 318-6824. 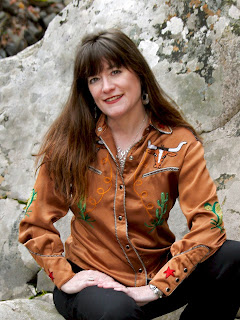 Asheboro native Holly George-Warren, one of the nation’s preeminent music journalists, returns home for a talk entitled “From Gene Autry to Woodstock to the Rock & Roll Hall of Fame: A Writer’s Musical Journey,” at 7 p.m. Thursday, April 29, at the Sara Smith Self Gallery of the Randolph Arts Guild, 123 Sunset Ave., Asheboro. 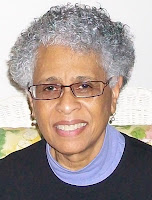 Illustrator, author and educator Barbara Tazewell strives to present the world in a way that encourages others to see in new and exciting ways.

Tazewell will share her vision in a Friends of the Library program at 7 p.m. Tuesday, April 13 at the Asheboro library. The program is free and the public is invited.

She’s author and illustrator of the children’s flip book Ola, the Water Bearer, and illustrator of the Jamaican-themed Jelly Bread and Water Juice, written by her daughter-in-law Lora Tazewell. Many of her illustrations use origami paper or fabric printed on paper to form pictures.
Posted by Ross at 8:23 AM No comments: