Happy Birthday to... us!

September 1, 2010, marks the 70th anniversary of the founding of the Randolph County Public Library system. On that day in 1940, the Randolph County Commissioners appropriated funding for the first time to support the libraries in Asheboro (founded in 1935 and opened in 1936), Franklinville (1924) and Ramseur (1936).
At that time, Randolph was one of 52 counties in the state without county-wide library service. The Commissioners acted on the offer of state aid, which was made available to library systems that submitted a plan to use the funds.
The commissioners also approved a board of trustees for the system, which was composed of Charles W. McCrary, W.P. Rogers, Dr. C.D. Kistler, T.F. Bulla, G.G. Gilmore and M.E. Johnson.
The Randleman and Liberty libraries opened in 1941. The Archdale and Seagrove libraries were established in 1972, completing the county system.
In 2011, the Asheboro library will celebrate its 75th anniversary; more on that later!
Posted by Ross at 1:37 PM No comments: 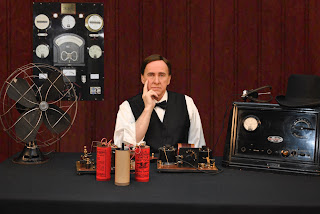 In the early years of the 20th Century, the Titanic got the Carpathia rushing to the rescue and Scotland Yard got its man thanks to a new invention: the wireless telegraph.

This fascinating history comes to life as RF Micro Devices co-founder Jerry Neal performs a one-man show as Guglielmo Marconi, the father of all wireless communication, in "Marconi Speaks," at 7 p.m. Thursday, September 16, at the Sunset Theatre.

The performance, sponsored by the Friends of the Library, is free and the public is invited.

Neal promises to keep his audience on the edge of their seats as he steps back in time to delve into the invention and inventor that changed the world.

The multimedia show, which includes a full set, period costume and a demonstration of wireless technology, focuses on two key events in the histories of both Marconi and wireless: the sinking of the Titanic in 1912 and the “North London Cellar Murder” in 1910 — the first case in which transatlantic wireless led to the capture of a fugitive.

Neal also brings along fascinating displays, including a reproduction of Marconi’s radio transmitters and receivers and reproductions of artifacts from the Titanic.

Neal, who lives in northwestern Randolph County, is executive vice-president of strategic development for RF Micro Devices, the company he helped found.

As a young boy, Neal replicated many of Marconi’s early experiments and has done exhaustive research on Marconi from a business and personal point of view. As part of his research, he traveled to London and stood at the podium of the 200 year old Royal Institution, where Marconi demonstrated the results of his improvements and advancement in wireless communication.

Neal will be introduced by Jerry Bledsoe, co-author of with Neal of Fire in the Belly: Building a World-leading High Tech Company from Scratch in Tumultuous Times, and Built on a Rock: A Memoir of Family, Faith and Place.
Posted by Ross at 6:26 AM No comments:

Get a library card, get a Chick-fil-A coupon!

Anyone who registers for their first Randolph County Public Library card at the Asheboro Public Library during September will receive a coupon good for ice cream at Chick-fil-A. The coupons will be available while supplies last

library staff also will spend two evenings at local Chick-fil-A restaurants to promote library card registration, and to sign up anyone who wants a card.

To get a library card, adults need a valid picture ID and proof of address if the ID is not current. Parents can sign for their children to get cards.

The coupons and sign-up nights are part of the statewide “Smartest Card: Get it. Use it. @ your library” campaign that takes place each September. 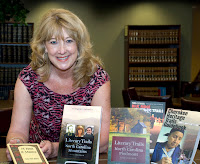 The reading by Bowers and an “open mike” organized by the Randolph Writers Group will take place at 7 p.m. Wednesday, September 8. It’s free and the public is invited.

The event also will include a press conference hosted by the State Library of North Carolina to promote the library card campaign, which takes place each September. During the campaign, libraries across the state spread the message that a library card is the “smartest card” and encourage state residents to visit their libraries and sign up for a card.

Along with Bowers and the other poets, the reading will feature a tribute to the campaign by Philip Shore III.

Bowers, this year’s statewide spokesperson for the Smartest Card campaign, is the state’s sixth poet laureate, a position from which she serves as an ambassador of literature and seeks to raise the state’s consciousness to a greater appreciation of the reading and writing of poetry.

The Tryon resident encourages all to take time from their busy lives to explore the rich literature and many wonderful resources available at their libraries.

’s “Smartest Card” initiative is part of The Campaign for ’s Libraries, a multi-year public awareness and advocacy effort by the American Library Association. Begun in 2004, the campaign promotes the value of public libraries nationwide.

The library is located at . 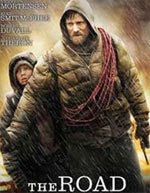 The post-apocalyptic vision of author Cormac McCarthy comes to life in The Road, the Asheboro Public Library’s Movie Monday for Adults, 2 p.m. August 23.

Based on McCarthy’s best selling novel, The Road is the story of a man and his young son trying to find a new life in a burned and desolate . With only a pistol to defend themselves, they must fight their way through the lawless bands that stalk the road.

The movie is free and the public is invited; refreshments will be served. Find our more here, or call 318-6801. 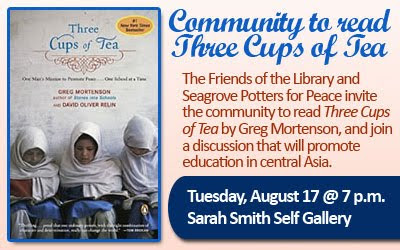 The Friends of the Library and Seagrove Potters for Peace invite the community to read Three Cups of Tea by Greg Mortenson, and join a discussion that will promote education in central Asia

A community discussion will take place at 7 p.m. Tuesday, August 17, at the Sarah Smith Self Gallery of the Randolph Arts Guild. The discussion is free and all ages are invited — versions of the book for children and teens as well as for adults are available at the library.

Three Cups of Tea recounts mountaineer Mortenson’s campaign to pay back Pakistani villagers who came to his aid by building them a school. The project mushroomed into an international effort to combat extremism and terrorism through education.Today, his Central Asia Institute promotes community-based education, especially for girls, in remote regions of northern Pakistan and Afghanistan.

In August 2009, 13 potters organized themselves as Seagrove Potters for Peace and produced 150 tea vessels to raise money for the institute. All the items sold out in the one-day sale.
This year’s sale, 9 a.m.-5 p.m. Saturday, August 14, will include 24 potteries; for a list and more information, go here.
A selection of the vessels will be held back and made available for purchase at the community discussion, which will be led by Dr. Jeff Jones, associate professor of Russian/Soviet and world history at UNC-Greensboro.
Copies of the book also will be for sale, and attendees can drop small change into a “Pennies for Peace” jar. Raffle tickets also will be on sale for $1 for the giveaway of two sets of two tickets to an appearance by Mortenson at Wake Forest University in November.
Posted by Ross at 8:12 AM No comments:

Weatherization to reduce energy bills by making houses more energy efficient will be the topic of a presentation at 3 p.m. Wednesday, August 18, at the library.

The workshop is free and the public is invited.

Joleen Hartis, weatherization program assistant at Regional Consolidated Services, will talk about how to take advantage of the federal program, which offers the elderly, persons with disabilities and low-income families weatherization services at no cost.

Eligibility for weatherization is based on combined household income.