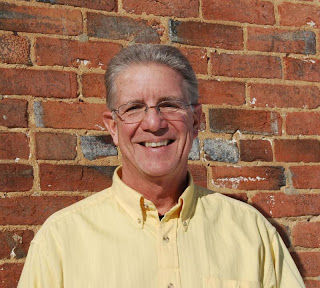 The real man behind the Johnny Appleseed myth will be revealed when historian and author Howard Means talks about the tree-planting frontiersman at 7 p.m. Thursday, March 15, at the Asheboro library.

Sponsored by the Friends of the Library and Trees NC in recognition of North Carolina’s March 16 Arbor Day, the program is free and the public is invited.

Means is author of the acclaimed Johnny Appleseed: The Man, the Myth, the American Story published in 2011 by Simon & Schuster. The book traces the story of John Chapman, who moved west from his Massachusetts farm in the 1790s, planting apple trees across the country and earning the “Appleseed” moniker.

Means was senior writer for Washingtonian magazine from 1977-1982, and editor from 1989-2000. He was critic-at-large and an editorial board member at the Orlando Sentinel, and a columnist for King Features Syndicate.

His previous works include the Money and Power: The History of Business, a companion book to a CNBC documentary series; Colin Powell: Soldier/Statesmen—Statesman/Soldier, first biography of Powell; and The Avenger Takes His Place: Andrew Johnson and the 45 Days that Changed America. A Lancaster, PA, native, he now lives in Millwood, Virginia.

Zoo specialist to present The Lorax for children 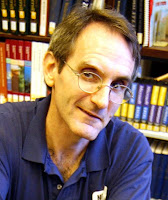 Sponsored by the Friends of the Library and Trees NC, the storytime is free and the public is invited.

The Lorax “speaks for the trees, as the trees have no tongues” against the greedy Onceler, who chops down trees to knit garments for sale.

Langston, a former radio announcer, has worked in parks and recreation since 1990. He joined the Zoo staff in 2000.

Author Tara Fuller will debut her teen-oriented, paranormal-themed novel Perigee Moon in a Friends of the Library program at 7 p.m. Thursday, March 1, at the Asheboro library.

Fuller’s talk is free and the public is invited.

Fuller grew up in Oklahoma, reading R.L. Stine novels by flashlight and dreaming of becoming a writer. Now living in Asheboro, and having become a writer, she admits to a shameless addiction for zombie fiction, Mystery Science Theater 3000 and black and white mochas.

She says her novels are delightfully full of teen angst and kissing.

Perigee Moon is set in a small Massachusetts town and follows seventeen-year-old Rowan Bliss, whose mother has perished in a fire. Rowan meets a mysterious boy named Alex, who holds the key to unlocking her families dark secrets.

The novel was published this month by Crescent Moon Press.

Celebrate Dr. Seuss’s 108th birthday with a party at 11 a.m. Friday, March 2, at the Asheboro library.

Children of all ages (even grown-ups) are invited.

Come dressed as your favorite Dr. Seuss character, if you like. There will be a big birthday card that everyone can sign, and it will be on display in the library through the month of March.

There will also be stories, games, activities and prizes — and attendees can expect a visit from the Cat in the Hat.

The party is free; refreshments, including birthday cake, will be served.

Third-generation master storyteller Betty Foust will present “A Potpourri of Tales” at 7 p.m. Thursday, February 16, at the Asheboro library.
The program, sponsored by the Friends of the Library, is free. All ages are invited.
Foust will tell stories about Harriet Tubman, the Devil’s Tramping Ground, and African animals.
Foust has been a featured storyteller at conferences and conventions for over 20 years. “If Dolls Could Talk,” “Let My People Know,” “Ance Stories,” “The Many Faces of Tales” and “When Animals Talked” are just a few of the programs she has developed and performed throughout the South and as far away as Nevada and Connecticut.
She says her passion in life is to help young and old discover and delight in their own stories.
Posted by Ross at 6:30 AM No comments: